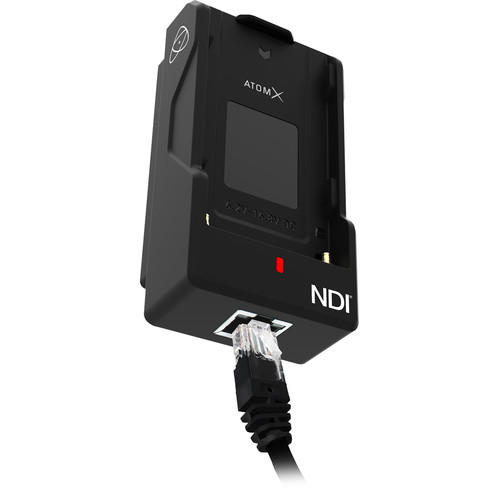 The AtomX Ethernet/NDI Expansion Module for Ninja V from Atomos provides a GigE connector supporting NDI input and output with encode, decode, control, and sync capability, allowing you to transmit, distribute, or receive and monitor NDI from any NDI source. The module connects to the Ninja V's AtomX expansion port. After it's attached, it also becomes the Ninja's battery plate. It accepts the Ninja's battery, which then powers both devices at the same time.