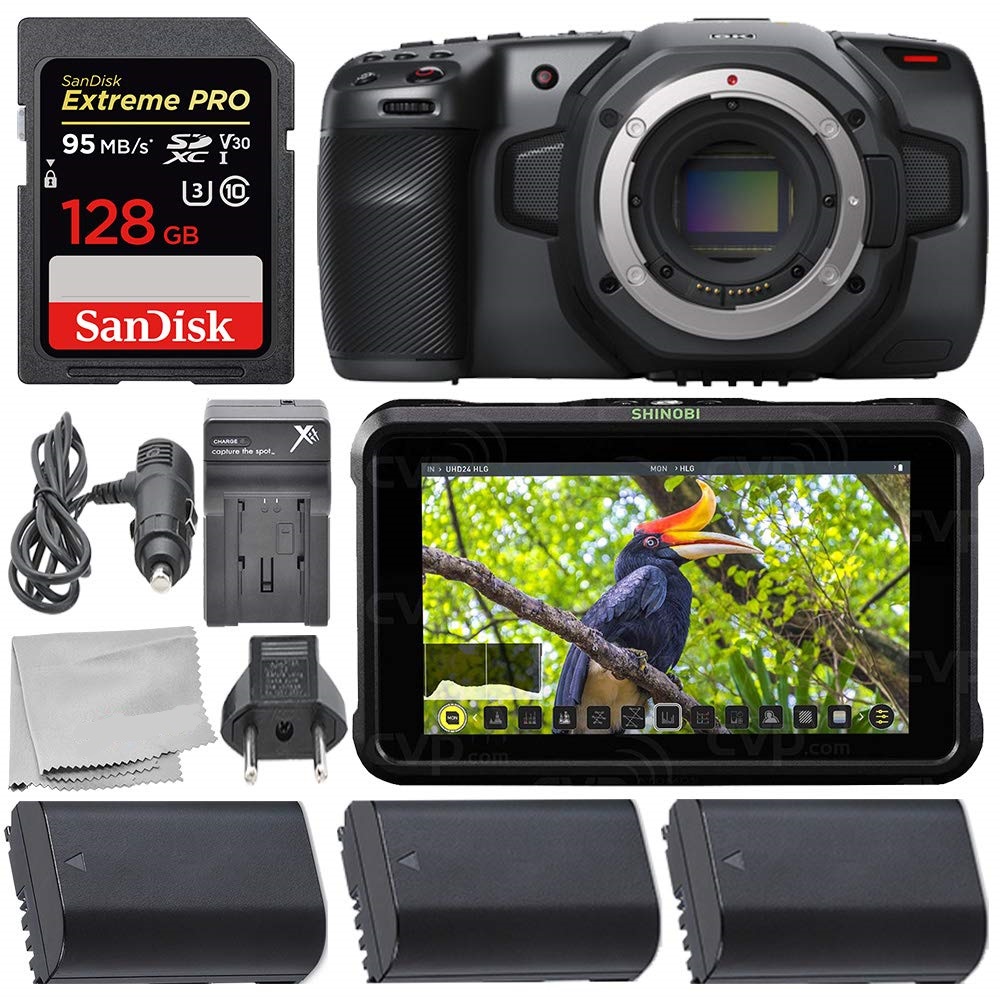 Blackmagic Design ups the ante in compact cine-style capture with their Super 35 sensor Pocket Cinema Camera 6K. Not only can the BMPCC 6K record up to 50 fps 6144 x 3456 video, but in a boon to lens connoisseurs everywhere, it features an active Canon EF mount, letting users take advantage of the expansive array of EF-mount lenses available. Turn to the BMPCC 6K to turn one frame into two by cropping a second shot from one frame, to upscale to 8K, or to simply capture rich, detailed footage with your favorite EF-mount lens. The same internal color processing makes it easy to intercut BMPCC 6K with BMPCC 4K footage. Record using the internal CFast 2.0 and SD/UHS-II card slots or output via the USB-C port to capture longer clips to an external drive. The BMPCC 6K includes a DaVinci Resolve Studio license and supports Blackmagic Raw capture from the sensor. Using the Raw format with the sensor's metadata simplifies editing to suit any project and makes editing easier with DaVinci Resolve.